Let's play a little thought experiment. Let's say that you want to do something about all the beer cans being thrown out of cars that are littering the highways. One way you might do something about it is to pay people a nickle to pick up beer cans and bring them in to be recycled.
We do this for awhile and we want to know if this plan is working, so we start keeping count of how many beer cans get brought in. At the end of the year, 10,000 beer cans have been picked up. Wow. That's a lot of beer cans on the highway. We have a big problem.
We should put more money into it.
So next year, to more fully deal with this littering problem, we're going to start paying people a dime. This should solve the problem. At the end of the year we find that instead of 10,000 beer cans turned in, we have 20,000. Something is causing the amount of discarded beer cans to grow. We are facing a problem that is growing at an exponential rate!
We need to put more money into it!
Yet, at the end of another year, after we find that 40,000 beer cans have been turned in, we have no explanation for this baffling rise.

The simple answer that if you increase the financial incentive for people to find things, more of those things are likely to be found does not seem to have occurred to most of the writers covering the latest CDC report that the autism rate has hit 1 in 88.
In the last few years insurance mandates have been passed by an increasing number of states. These mandates require insurance companies to pony up sometimes tens of thousands of dollars year after year for treatments. In the past, many parents might not have been able to afford the princely sums a Marcus Center might charge for their behavioral "therapies." Now it all falls on a third party player if the parents gets a diagnosis for their child that falls under the umbrella of state approved "disorders" eligible for mandatory insurance payout. Both the parent and, in many cases, the institutions themselves, when "testing" for autism, have a financial interest in the result being a positive finding. "Diagnosed" early enough, a toddler could, over the next two decades, potentially bring a million dollars or more to an institution that also provides "therapy."
Ami Klin, "Chief of Autism and Related Disorders" of the Marcus Center (and chief proponent of eye-tracking twaddle) seemed genuinely taken aback when I asked him at an AAC meeting a couple months back about such conflicts in interest at his own institution, as if the endless stream of intellectual mediocrities that have been paraded through the AAC as respected experts were somehow to be beyond moral reproach. No need to worry about such things at the Marcus Center, he assured me, as well as the rest of the audience, when I asked about what the wall of separation was between the diagnostic and theraputic sides of the Marcus Center.. After all, the testing was done by "scientists."
Well, that's a relief.


Or, then again, maybe he does. 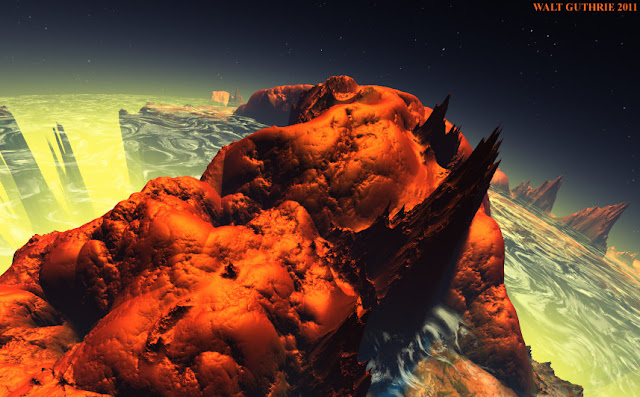 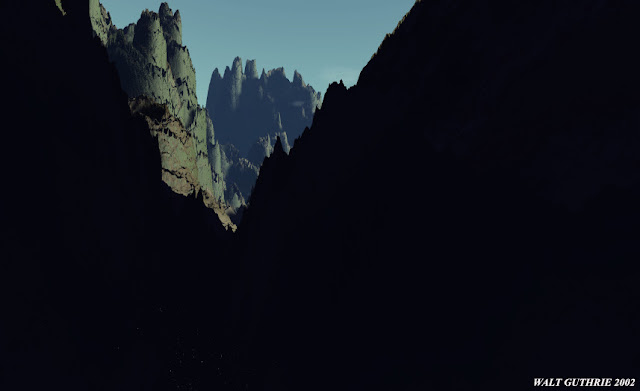 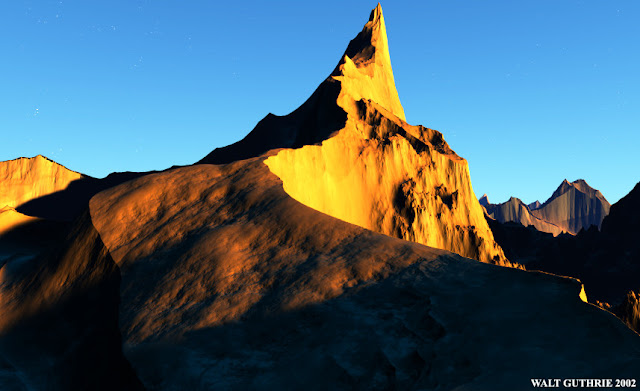 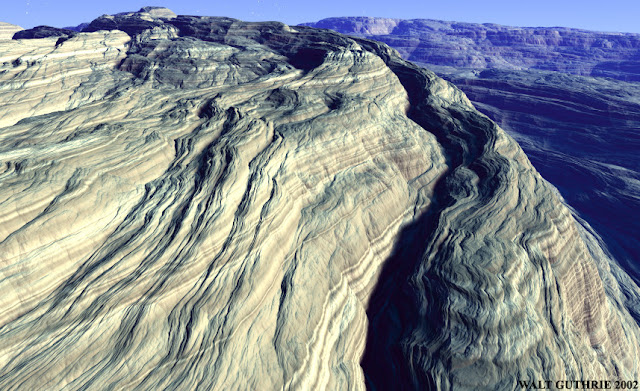 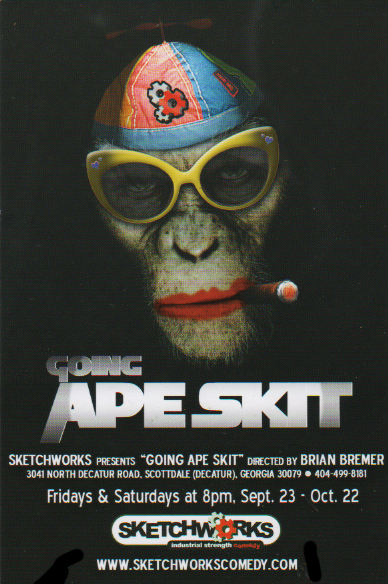 The new Sketchworks show opens this Friday and I have a whopping one sketch in it. Usually I end up submitting five or six new pieces and about an equal number of older ones and I get, on average, about two or three in. First or even second time rejections can eventually make it into a show. Some things, like robots and dying children, are timeless. Other things have a much shorter shelf life.. If they don't go the first time, they're dead.
This one here? It's dead.:

HERE'S THE DEAL
by Walt Guthrie

COMMITTEE MEMBER #1
Really, I don't see how we can do this.

MICHAEL VICK
What are you talking about? I did my time! Man has a right to make a living.

COMMITTEE MEMBER #2
Mr. Vick. You strangled, electrocuted and tortured dogs to death, I don't know. Before we could consider you, we'd... (shrugs and throws up his hands)

COMMITTEE MEMBER #2
We're going to have to hear that you you have truly changed, that you have learned that dog fighting is deeply wrong, and that you no longer embrace that lifestyle. And it can't just be a script that a press agent gives you to read.

(Michael Vick's press agent hands him a piece of paper)

MICHAEL VICK
(reading)
I have truly changed. I have learned that dog fighting is deeply wrong. I no longer embrace that lifestyle.
(agent points out something on the page)
And this is not a script that my press agent gave me to read.

COMMITTEE MEMBER #1
Wow. That was just...wow

COMMITTEE MEMBER #2
Okay. Come on up here and get your Nike endorsement deal.

COMMITTEE MEMBER #1
Okay, next up is (looking at sheet of paper) Casey Anthony.

(Casey Anthony walks in and goes right up to the table)

(Casey Anthony's mother, Cindy, bursts into the room and wails at Casey)

CASEY ANTHONY
Mom! What do you want me to do? I'm in a committee meeting. If I could help you I would! But I can't.

CINDY ANTHONY
(deflating)
I love you.

COMMITTEE MEMBER #1
Ms. Anthony. You are a very well known celebrity but as a woman widely believed to have murdered her child, well, an endorsement contract might carry some downside. What do you intend to do in the coming year, to show that you a person we'd want to be associated with?

CASEY ANTHONY
Well, I want to get pregnant again and I know what you're thinking but don't worry because I intend to totally devote the next seven or eight months of my life to raising that kid.

COMMITTEE MEMBER #2
Well, that's very commendable, Casey. But we'll going to have to hear more from you than just that.

CASEY ANTHONY
(reading script)
I have truly changed. I have learned that dog fighting is deeply wrong. I no longer embrace that lifestyle. And this is not a script that my press agent gave me to read.

COMMITTEE MEMBER #1
Wow. That was just...wow.

COMMITTEE MEMBER #2
Okay, come on up here and get your Nike endorsement deal.

COMMITTEE MEMBER #1
All right. Next up is (looking at sheet of paper) Dick Cheney.

DICK CHENEY
Go fuck yourself! I don't explain anything to anyone.  Got that?

DICK CHENEY
Fuck this shit. I'm not changing one iota. Fuck those dogs. If I want torture a dog either for national security or just because I want to bust a nut over it, that's what's going to happen. So you can suck it, Nike. You can suck it like I had that limp noodle George W suck it 24-7.

COMMITTEE MEMBER #2
Okay. Come up here and get your Nike endorsement deal.

DICK CHENEY
And Get one for Scooter too.

(Cindy comes up to Casey)

CASEY ANTHONY
Mom! You're embarrassing me!

(Dick Cheney, annoyed, takes gun from his secret service agent and walks up to  Cindy Anthony and shoots her in the face)

(Everyone stares at Cindy Anthony's dead body for a beat)

DICK CHENEY
We can swing by my compound, I got a whole set-up in my basement.

(Lights dim as they begin to walk together off stage)

COMMITTEE MEMBER #2
Okay, next up (looking at paper)...the guy in charge of beating the foreign kids who make our shoes. 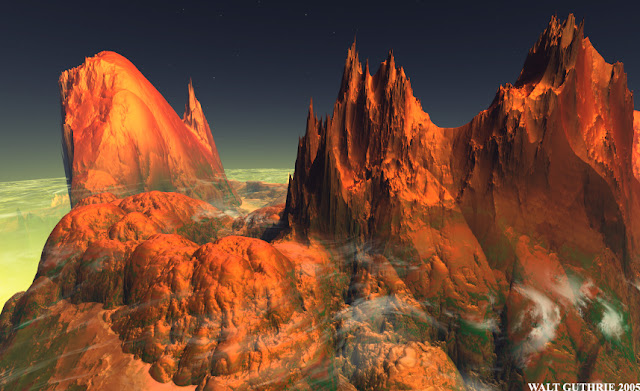